She opened a studio mid-pandemic, four months after graduating.  Erin Crobons—a devoted dancer, choreographer and teacher throughout her collegiate career—was wrapping up her senior semester at New College in May 2020 when the pandemic erupted. A local dance studio, where she had been instructing for three years, shut down. The psychology and applied mathematics student was soon out of college and out of work. And her beloved young students—ages four to 18—suddenly had nowhere to dance. So, Crobons boldly decided to create her own studio: a space called Energize (energizedancestudio.com). 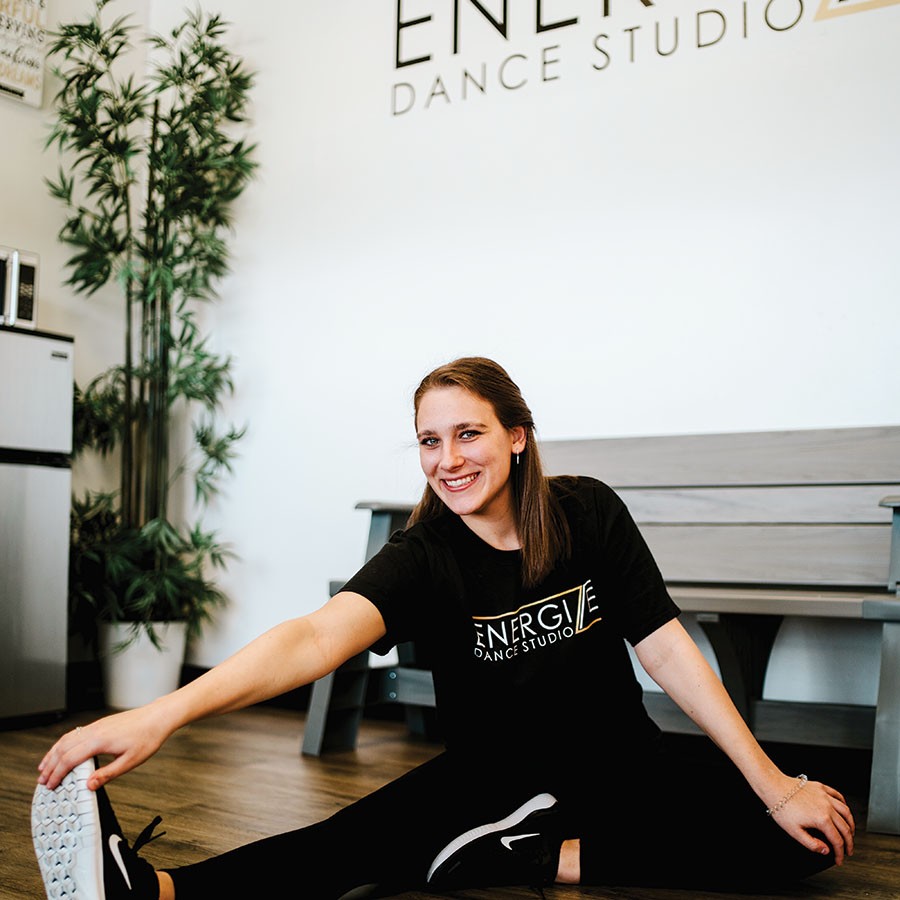 The physical location at 5900 South Tamiami Trl,, Ste. F, Sarasota, opened on September 7. “I had always imagined opening my own dance studio,” Crobons says, “but I planned on it maybe being 20 years in the future, after I had already started my career.” The economic effects of the pandemic sped up the process. Crobons found a 1,200-square-foot space to teach group and individual classes, which she would hold in person and simultaneously stream live on Zoom for students ages 18 months to 18 years. Crobons is currently the only instructor for the studio (ballet, tap, jazz, contemporary and lyrical dances are her specialties). She has been dancing since she was six years old and competing since age 10, and she is the recipient of two choreography awards from the 2019 BravO! National Dance and Talent Competition.

“I work pretty much all day every day. I do it for my students. I think it gives them a sense of normalcy to be here. It makes me happy to know they can come to dance and that it makes their day better,” Crobons says. “I also put an emphasis on the whole dancer—not just learning techniques but also having them grow as human beings and be able to express themselves. I teach them that there is no ‘can’t.’”

Other Alumni StoriesSee all stories

The poison found in everyone, even unborn babies – and who is responsible for it